Two months after taking the helm of Treasury Wine Estates (ASX: TWE), CEO Tim Ford found himself in the middle of China-Australia political tension. After months of speculation TWE subsequently saw its most profitable trading region, China, hit with a 176% tariff, effectively rendering it uneconomic. This was hardly the start Tim would have been hoping for in his new role, although ironically, it did do him a favour. The investment community cut its earnings expectations and the TWE share price was aggressively rebased.

While this process was painful for TWE investors over the last 12-months, for new investors to the stock it creates a very interesting opportunity. With earnings expectations and the share price now heavily rebased for the loss of China volume, should investors back TWE management to build new markets for what is undisputedly one of the world’s best premium beverage brands?

Importantly, the fate of TWE is no longer in the hands of politicians. Today TWE management released their new 5-year strategy to rebuild their business, and it is largely in their hands to achieve. We think TWE is looking an interesting BUY opportunity here, and below are some points worth considering. 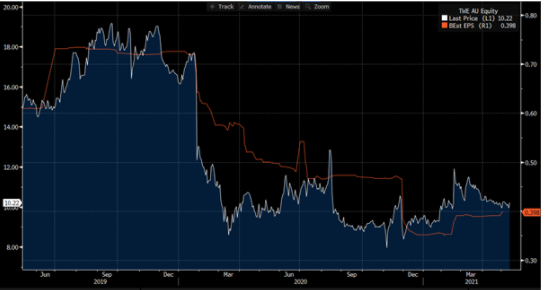 Love or hate ex-CEO Michael Clarke, but one thing that must be said, is that he has left a lasting imprint on the business he managed for 6 years. TWE has a dynamic ‘can-do’ culture that built a market-leading Chinese distribution platform. This was a core plank of the company’s success in the region. While China has been the primary focus for TWE’s Asian division in recent years, the team was also seeding business opportunities in greater Asia. As such, the development of the Penfolds brand is already progressed in several Asian markets ex-China. As TWE pivots to now driving demand in these markets, we expect it to leverage the China play-book to accelerate already developed partnerships and distribution platforms. Demand for TWE’s luxury brands had exceeded supply in several Asian markets in recent years which should see a proportion of Chinese volume redirect quite quickly.

As some readers may be aware, the worst frost event in 70-years has recently hit the world’s largest wine exporter regions of France and Italy. France itself produces 31% of global wine exports but a much larger proportion of luxury wine. With some commentators suggesting a vintage loss of more than 30% (and as high as 100% in some luxury regions), this could have an abrupt impact on global supply. Fortuitously for TWE, this provides an improving backdrop as it manages the redirection of its Chinese inventory, particularly for Asian countries like South Korea that import a large percentage of French wine. Similarly, California is currently in drought, which may impact production yields, further improving supply balance in the US.

On the demand side, the impact that COVID should not be underestimated. We estimate 25% of TWE’s US revenue was lost due to pandemic closures. As on-premise venues reopen in the US we expect improving sales of higher-margin wine. Our research suggests pent-up demand is driving a swift recovery in recent weeks, particular in Florida and Texas. 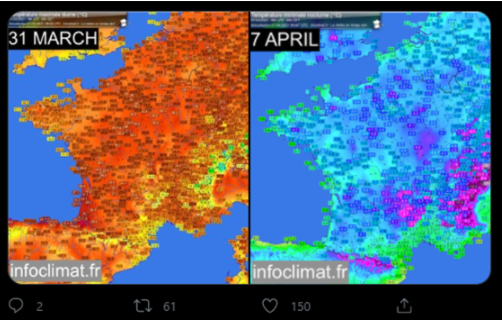 TWE finds some luck in the US

The US has long been a problem child for TWE and several changes in operating structure have not yet put the business on solid footing. TWE last week announced that RNDC, a US liquor distributor, will become its representative in multiple markets including the key states of California and Texas. This agreement will see the removal of TWE’s underperforming Californian distributor, Bronco, a big positive. In a turn of fortune, TWE’s much larger US competitor, Constellation Brands, has pulled all its volume from RNDC which has now left TWE as their largest wine portfolio in key markets. We expect this to drive strong distributor alignment and a structural improvement to TWE’s US business. It should be said that earnings expectations for the US division are low, so any improvement will be taken positively. The trading update from today’s strategy day was promising.

TWE’s decision to structurally separate the Penfolds brand, distribution and winemaking operation into a distinct business will have several benefits. It will allow for the business to be run like a global iconic brand and has also shed light on its profitability metrics. From an M&A perspective, this business separation should significantly de-risk a potential acquisition of Penfolds by the third party and therefore see it valued as a true iconic brand, as it should.

Overall, turnarounds typically make challenging investment, and should be approached with caution. However, this is not what we are dealing with here. The company owns high quality brands and is operating at a high cadence. A hurdle has been thrown in its path which it has to negotiate. The market is giving them little chance of success which has created an opportunity.